Our team in Rwanda 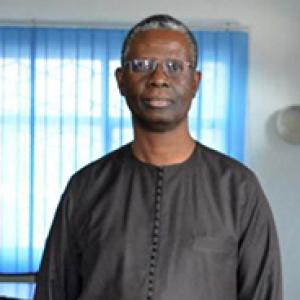 UN Resident Coordinator
fode.ndiaye@un.org
Before Rwanda, Mr Ndiaye was RC and Humanitarian Coordinator in Niger. Prior to this, he held various positions as a regional head at UNCDF and served in various capacities with the bank “Caisse Nationale de Credit Agricole du Senegal”, including Secretary-General (1991-1998). Mr. Ndiaye is an agronomist from ENSAT (France), holds an MPA from Harvard, and was a Mason Fellow. He has a PhD (Economics) and is certified in microfinance and SME finance.
Read more 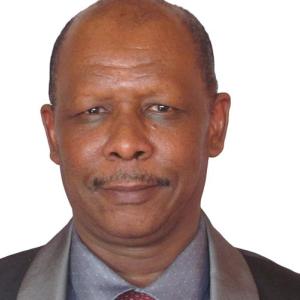 UNHCR
Representative
fallah@unhcr.org
Mr. Fall’s career with UNHCR spans 24 years. Before appointment to Rwanda, he was Head of UNHCR Operations of the biggest refugee complex of the world (Dadaab, in North Eastern Kenya). Starting his UNHCR career in 1993, he has worked in Guinea Conakry, Tanzania, CAR, Burundi, Chad, and RoC. Mr. Fall also worked at UNHCR Headquarters in Geneva (2007-2010). He brings to Rwanda a wealth of experience international protection and humanitarian assistance. A Mauritanian by birth, Mr. Fall is a civil engineer by background. 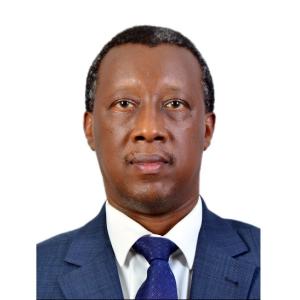 UNIDO
Country Representative
a.habimana@unido.org
Andre has ten years with the UN System’s Technical Assistance and delivering approaches. Andre has vast experience as an economist from before his time at UNIDO, including from his previously held position as Head of the Planning Department, Ministry of Finance and Economic Planning (MINECOFIN) of Rwanda. He has interdisciplinary skills in applied economics, monitoring and evaluation, results-based planning and management, as well as a Master’s Degree in Economics. 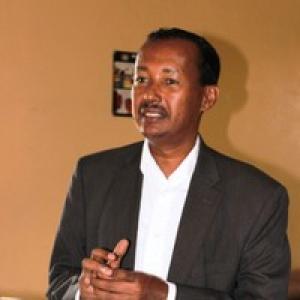 UNAIDS
Country Director
woldesemayatb@unaids.org
An Ethiopian National, Betru is with 27 years of experience in Health/HIV sector at various level and capacities as a physician, senior expert, senior advisor, Director, Director General in Ethiopia; and as an International Civil Servant in UNAIDS, as Country Director in Liberia, and Rwanda at present.
Read more 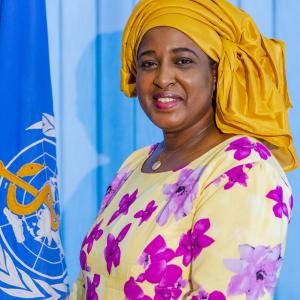 She holds a medical doctorate from the University of Abidjan and a Master’s Degree in Public Health from the Tulane University School of Public Health of Louisiana. Dr Ba bring in more than 20 years of experience in strategic planning and managing public health programs as WHO Medical Officer in charge of the coordination of the implementation of plans to scale-up access to care and treatment for people living with HIV in 24 countries of West and Central Africa (WCA), as Executive Secretary of the National HIV/AIDS Council Advisor to the Mauritania Prime Minister and as program director in the New England Research Institutes of the United States of America. 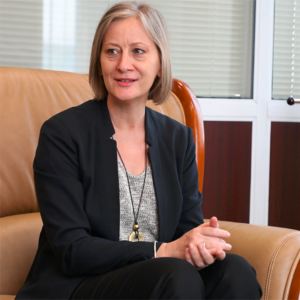 WFP
Representative
edith.heines@wfp.org
A Belgian national, Ms. Edith Heines has more than 25 years of experience in humanitarian and development assistance. She has worked in a wide variety of contexts implementing and managing complex food assistance programmes for the World Food Programme, previously serving in the Somalia Operation, Cambodia, Headquarters (Rome), Bangladesh, DPR Korea and Nepal. Before this, Ms. Heines worked with “Education for Development” (VVOB) in Gabon and Vietnam. Heines holds a M.A in Psychology and a Postgraduate Programme in Behavioural Therapy
Read more 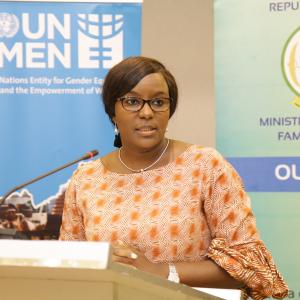 UN Women
Representative
fatou.lo@unwomen.org
Ms. Fatou A. Lo started her career in the private sector in Senegal in 1999, before joining the UN Millennium Project in New York in 2003. She later moved to UNDP then to UNIFEM in New York. Since 2013, she has served as UN Women Deputy in Sudan, Deputy in Rwanda and Representative in Rwanda. She holds Masters Degrees in Law, in Sustainable Development, and International Relations. She was a youth delegate at the 1995 Beijing Conference.
Read more 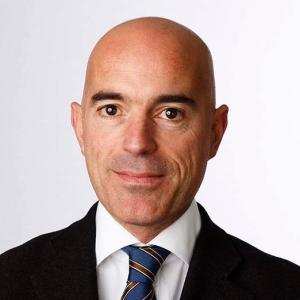 IFAD
Country Director
f.rispoli@ifad.org +390654592725
Mr Francesco Rispoli, a national of Italy, is the IFAD Country Director for Rwanda. Prior to his appointment, Mr Rispoli worked as the Senior Technical Specialist in Inclusive Rural Financial Services at IFAD. Before joining IFAD, he worked with UNDP Kenya and in a consulting firm providing technical assistance to the European Commission.
Read more 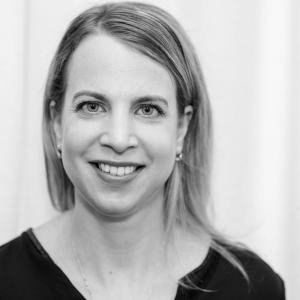 UN-Habitat
Africa Regional portfolio on Urban Resilience
straus@un.org
Fruzsina Straus has over 18 years of experience with the United Nations, international NGOs, and the private sector. Her background is multi-disciplinary, with a focus on socioeconomic development, public governance, post-conflict national development planning, institutional reform, urban resilience, disaster risk management and climate change adaptation. Fruzsina joined UN-Habitat in 2018, where she is Task Manager for Rwanda and the Indian Ocean countries as well as leading the Africa regional portfolio of UN-Habitat on urban resilience. Prior to joining UN-Habitat, Fruzsina spent five years in the Middle East with the UN Regional Commission and a decade in New York working at the global-level.
Read more 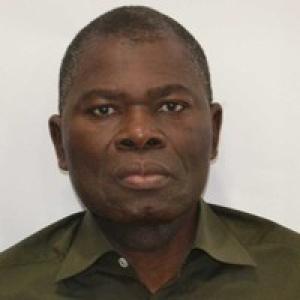 FAO
Representative
gualbert.gbehounou@fao.org
Gualbert Gbehounou has more than 30 years of experience in the agriculture world. From 2010 he served as an Agricultural Officer at FAO, starting as a Weed Scientist and Crop Protectionist, and later becoming Director of the Cotton Research Centre of INRAB. Gbehounou holds a Master’s Degree in Agricultural Engineering, a Master’s Degree in Crop Science, and a PhD in Biology/Weed Ecology.
Read more 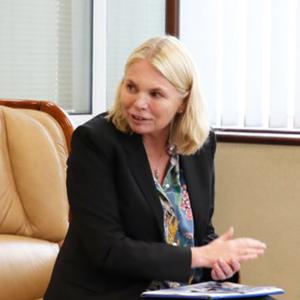 IOM
Chief of Mission
hfors@iom.int
Ms. Fors has been Chief of Mission for IOM Rwanda since September 2017 and she holds a Master of Laws Degree (LLM) from Uppsala University in Sweden. Over the course of her international career she has worked in Croatia, Iran, Kosovo, Sri Lanka, Indonesia, Afghanistan, Ukraine, Iraq and now Rwanda. 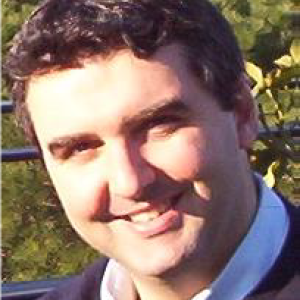 UNCTAD
Programme Officer
Jean-Philippe.Rodde@unctad.org
Jean-Philippe has more than 12 years of work experience in UNCTAD headquarters in Geneva, with activities mainly directed on inter-agency cooperation in the context of the UN System-wide coherence “Delivering as One”. Previous experience includes the International Trade Centre (UNCTAD/WTO), the Economic Commission for Europe (UNECE) and the Organisation for Economic Co-operation and Development (OECD). He has an Advanced University Degree in International Relations with focus on Economics and Development from the Sorbonne University, Paris.
Read more 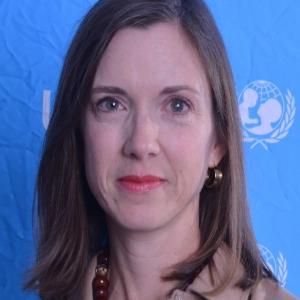 UNICEF
Representative
Ms. Julianna Lindsey serves as UNICEF’s Country Representative to Rwanda, having previously been Representative to Botswana and to SADC. Ms. Lindsey, a national of the USA, has worked with UNICEF since 1998, including as Chief of Advocacy, Communications, Monitoring, and Analysis based in Ghana (2008-2012) and as Deputy Representative in South Africa (2005-2008). She has also worked for UNICEF in the Emergency Operations Division of Headquarters (2003-2005); in Khartoum, Sudan (1998-1999); and as part of Operation Lifeline Sudan based from Lokichokkio and Nairobi, Kenya (1999-2003). In addition, Ms. Lindsey has served as Vice President for Programmes at Women for Women International (WfWI), based in Washington D.C., USA (2013-2015). Ms. Lindsey also worked for the International Rescue Committee in Khartoum, Sudan (1997-1998) and for the German Bundestag (1992-1994).
Read more 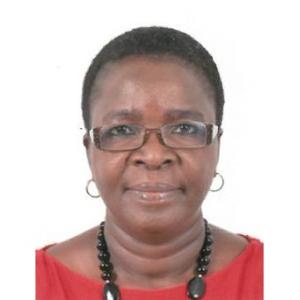 UNEP
Director and Regional Representative for Africa
Dr. Juliette has a wealth of experience in development assistance and 26 years in environmental programmes management. She has worked with UNDP and IUCN, Stockholm Environment Institute, and other international institutions - addressing sustainable development and poverty reduction. She was Minister of Environment for the Benin government (2007-2008), and also acted as Minister of Family and the Child. She has been in the senior management teams of Canadian Crossroads International (CCI) and the Canadian Center for International Studies and Cooperation. She holds an MSc in Forestry Economics, a PhD. in Public Policy and Administration, and an expert diploma in Renewable Energy.
Read more 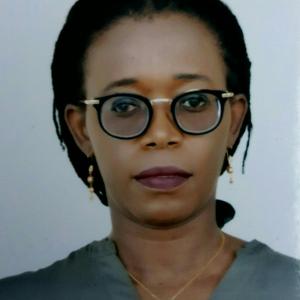 UN ECA
Director of the office for Eastern Africa
keita11@un.org
Ms Mama Keita is the Director of the office for Eastern Africa of the UN Economic Commission for Africa, based in Kigali. She holds a Masters in Statistics and Applied Economics and a PhD. in economics from the University of Montreal. She has worked in the field of development economics for over 20 years. Prior to her employment at ECA, Ms Keita held positions as Economic Advisor to the Prime Minister of Guinea and as Economist at the World Bank in Burkina Faso. She was also a lecturer of public economics and development economics in Canada. 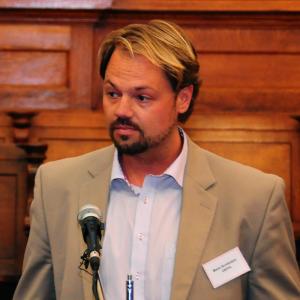 UNFPA
Representative
schreiner@unfpa.org
Mark Bryan Schreiner has served as UNFPA Representative since 2017. Prior to this, he served as Deputy Director of UNFPA Pacific Sub-Regional Office. Mark brings 17 years’ experience from Africa and Asia & Pacific regions having served as UNFPA Representative ai to Pakistan and Eritrea, UNFPA Deputy Rep to South Africa; and Regional Programme Specialist to the UN Regional Directors Team for ESA. He started his UNFPA career in 2002 in Nigeria and subsequently Africa Division at HQ in New York. Mark also worked with UNEP in Kenya, UNESCAP in Thailand.
Read more 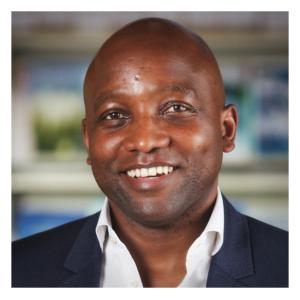 UNDP
Resident Representative
maxwell.gomera@undp.org
Mr. Maxwell Gomera, joined UNDP Rwanda office from UN Environment where he was the Director of the Biodiversity and Land Branch since 2016. Max is a resource economist with over 20 years’ experience in nature conservation and agricultural development.
He has worked on economic development issues, including being part of a team that developed the ‘Global Green New Deal’ for reviving the global economy and boosting employment in response to the financial and economic crisis of 2008.

‘The 2008 crisis offered many lessons. An enduring one for me was the need for us to take time for introspection and make sure that we are building futures for ourselves that have a purpose far greater than the zeroes on a bank balance,’ he said.

Max has worked extensively with governments and corporates from across the world on a range of issues, including tourism development, human rights and wildlife management.

‘Until the people who live with wildlife recognise them as an important resource, the future for wildlife will remain uncertain,’ he said.

Max is a Senior Fellow of Aspen New Voices. He is an accomplished writer and has written for many National and Global mainstream newspapers and media – and is also widely published. He has been a member of many Boards. 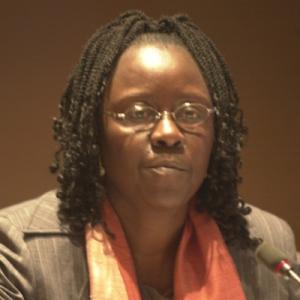 UNESCO
Regional Director
at.ndong-jatta@unesco.org
Ann-Therese Ndong-Jatta joined UNESCO as Director of Basic Education from 2004 following an exemplary tenure as Minister of Education in The Gambia. She became Director for the Bureau of Education in Africa in 2008. 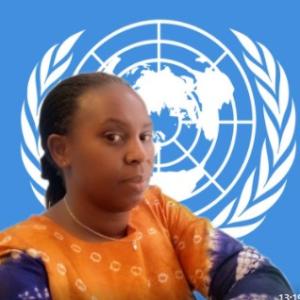 UNV
Country Coordinator
odette.bagitengire@unv.org
Odette brings more than 20 years of work experience from Government, Non-Government and International Organizations and the United Nations. Her work has focused in areas of Administration, Programme and Coordination. Starting her career in 1994 with UNHCR and afterwards with Danish Center for Human Rights and National Public Prosecution Authority, she later moved to UNFPA. Before joining the UNV Programme in Rwanda, she was serving as Joint Operations Coordination and Reporting Officer to the United Nations Multidimensional Integrated Stabilization Mission in the Central African Republic. Odette holds a Bachelor’s Degree in Political and Administrative Sciences, a Master’s Degree in Human Resources Management and a Master’s Degree in Gender and Development.
Read more 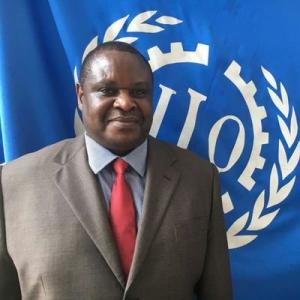