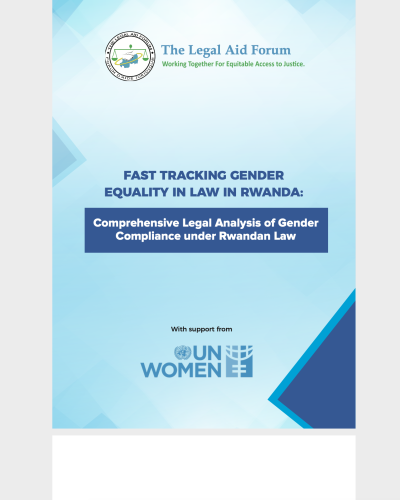 Over the last 25 years, Rwanda has made remarkable progress in developing legal and policy frameworks that embody the principle of gender equality. In this regard, many laws have been either enacted or amended in an attempt to get rid of provisions that discriminate on the basis of gender. However, despite the impressive progress, some areas in the national legal framework can still be improved further in order to attain full gender equality under the law, which is in line with the recent multi- stakeholder strategy for accelerated action to achieve equality in law for women and girls by 2030.

The Legal Aid Forum (LAF) conducted a Comprehensive Legal Analysis of Gender Compliance in Rwandan Laws in order to evaluate the current status of compliance with gender standards, and is pleased to publish the findings. This analysis provides a comprehensive and up-to-date assessment of the status of gender compliance in Rwanda by reviewing laws in force to identify those that may discriminate explicitly (de jure) or implicitly (de facto) on the basis of gender.

The results show that Rwanda has made significant efforts to prevent gender-based discrimination and promote equality between men and women. Actions taken include the ratification of international treaties relating to gender equality and enacting a body of domestic law in order to implement Rwanda’s international obligations on gender equality. This includes both general constitutional protections and legislation relevant to all areas of life, including labour and employment, politics, health and education. The analysis nonetheless found that despite these commendable efforts, some gaps still exist in the laws in force, as well as some practical barriers that hinder the full attainment of equality between women and men. The report also includes recommendations, and it is our sincere hope that once they are implemented, they will help Rwanda become fully compliant with its legal obligations nationally, regionally and internationally.

We would like to thank our key partners in this analysis, in particular the financial and technical support of UN WOMEN and the valuable input of FFRP. We respectfully thank key gender stakeholders from both public and private institutions who provided useful information that enriched the analysis. Last but not least, we are grateful to the analysis Steering Committee whose technical guidance made this work possible.

Published in collaboration with 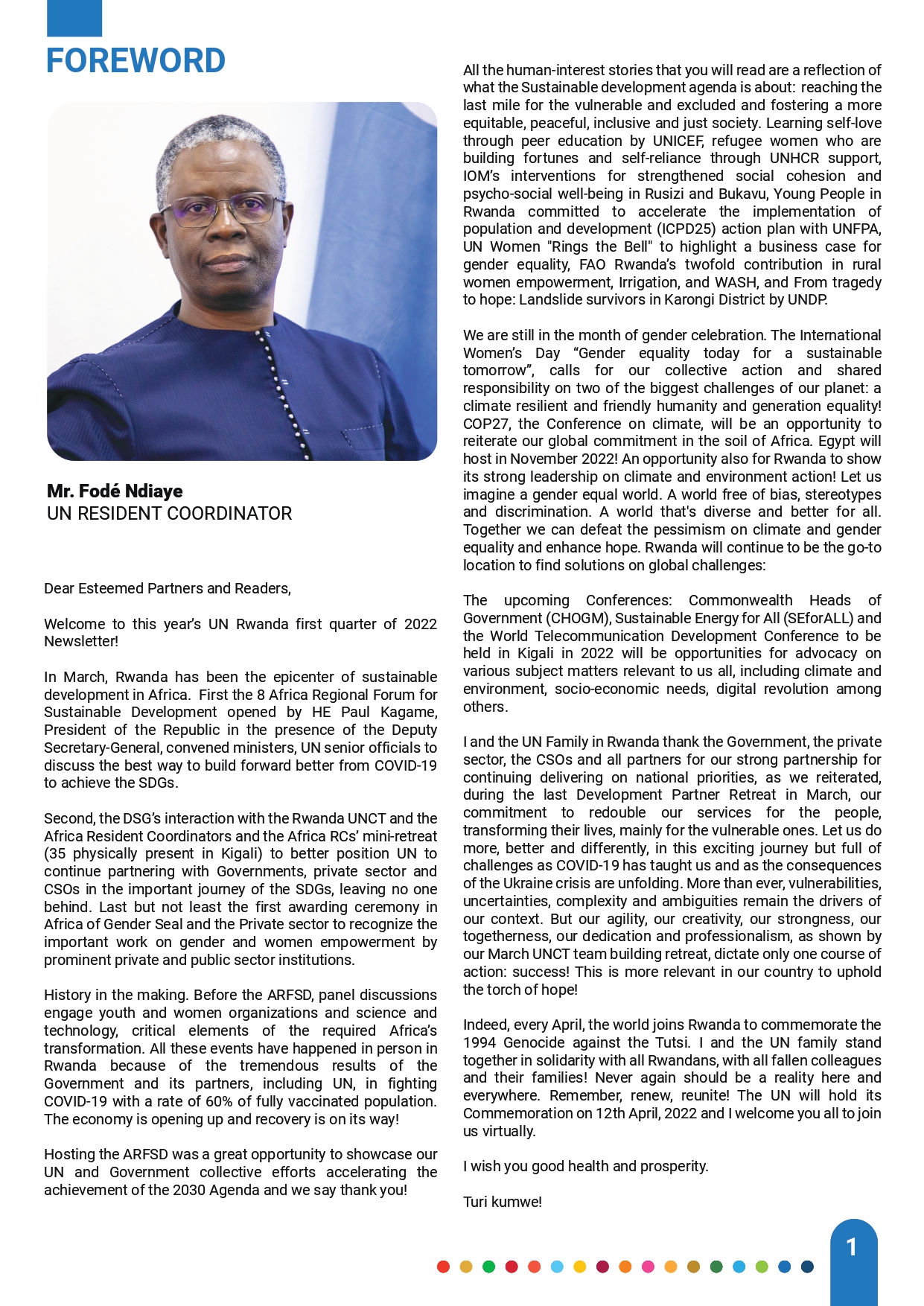 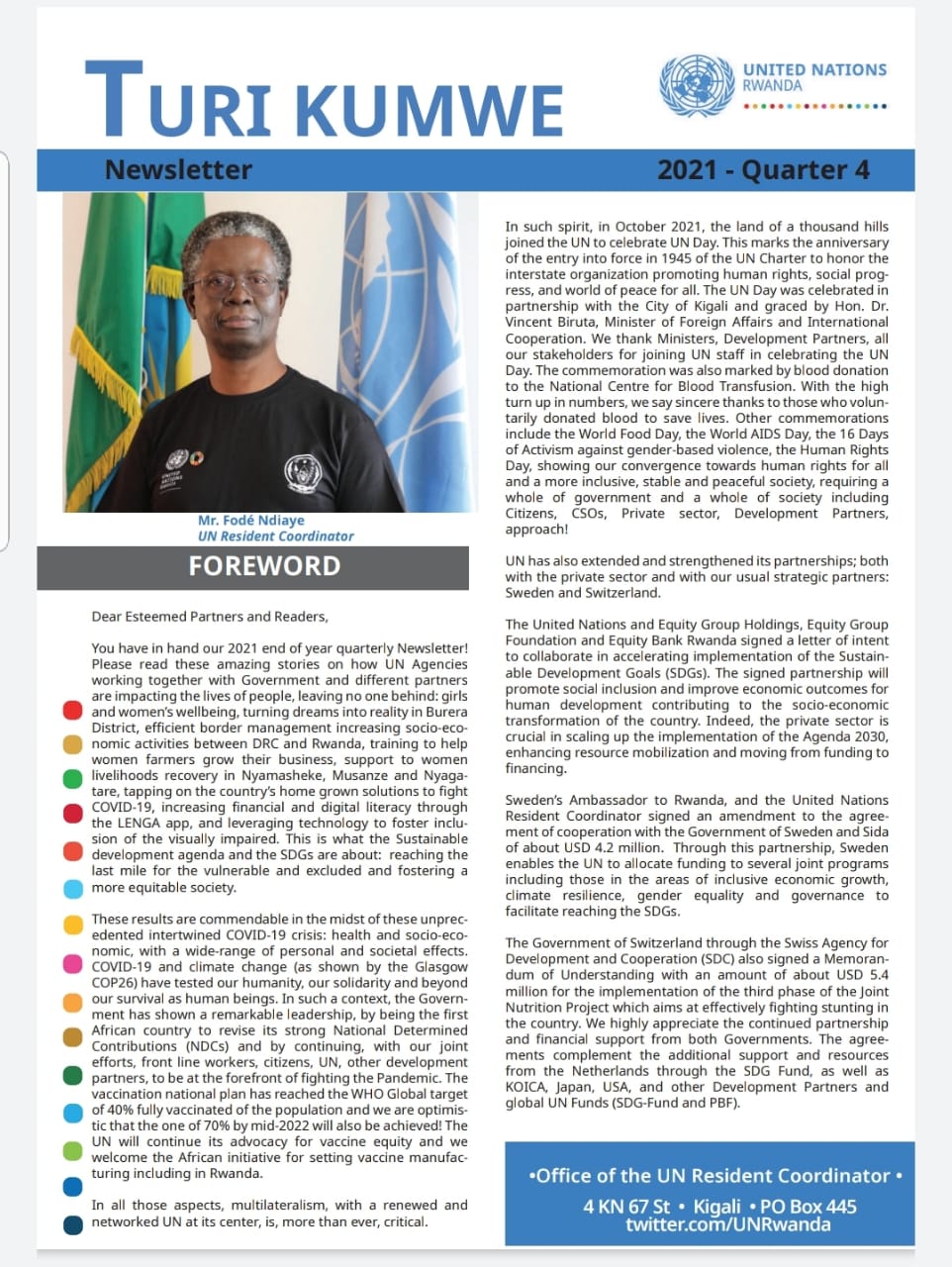