The Isange One Stop Centre (IOSC) is an outstanding model of response to Gender-Based Violence (GBV). 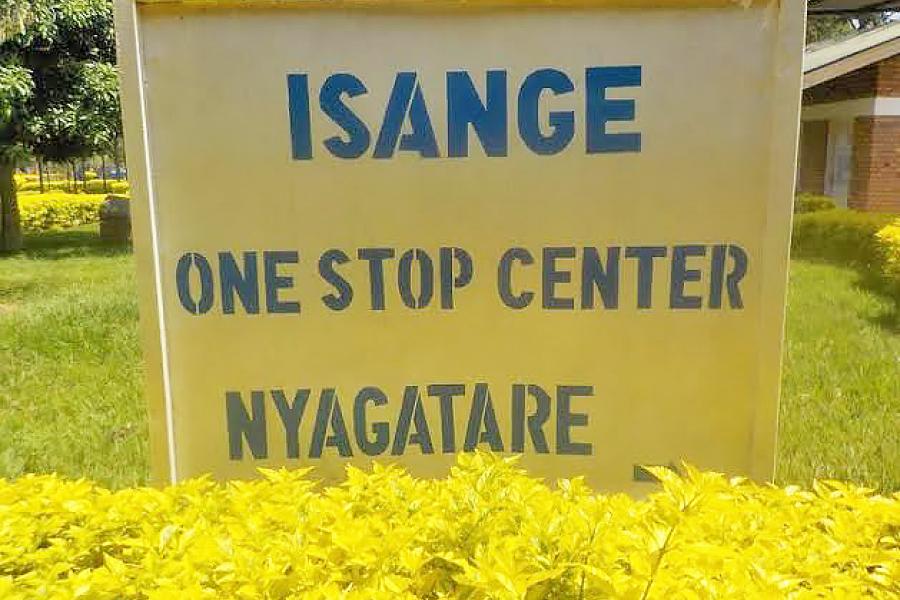 The Government of Rwanda has made ending Gender-Based Violence a national priority. Strategies for addressing the problem include a policy of “zero tolerance” to GBV across all sectors, supported by a strong legal framework including the anti-GBV Law, which provides severe punishment for all GBV and violence against women (VAW) offenses.

An outstanding model of response to GBV is the Isange One Stop Centre (IOSC), initiated as a pilot in 2009 by the Government of Rwanda and the ONE UN, through UN Women and UNFPA. This model calls for a holistic, multidisciplinary approach in terms of the provision of medical, legal, forensic/investigation, psychosocial and safety needs to help victims of violence and child abuse, the majority of whom are women and girls. 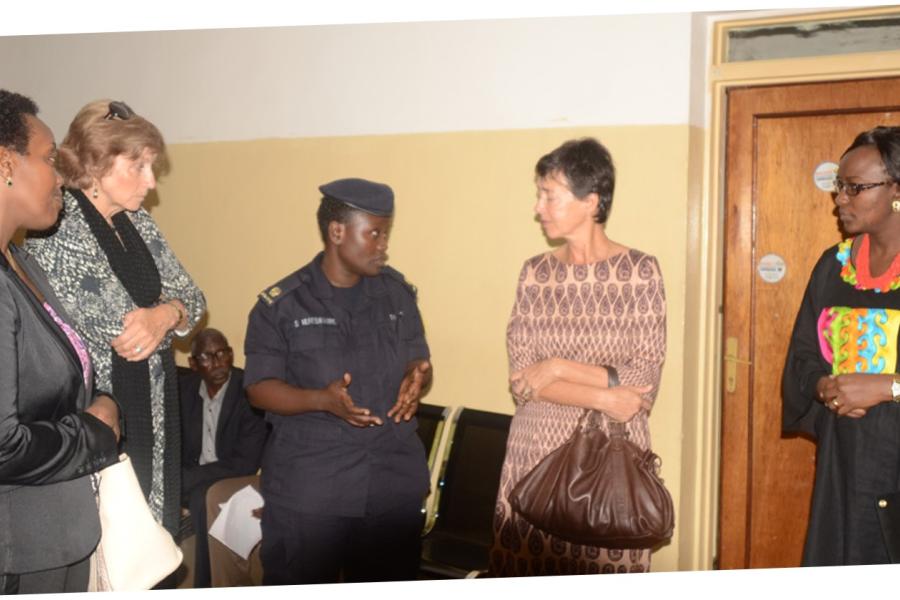 Visit of the former Dutch Ambassador to Rwanda, at the IOSC in Kayciru

“Isange” means ‘to feel at home’ in Rwanda’s official language, Kinyarwanda. The name was chosen to help the victims realize that the Centre is a place of refuge and support.  Being exposed to GBV not only leaves a victim physically injured but also emotionally damaged, therefore, the Centre aims to help the victims restore their dignity, sense of value and to realize that they are not defined by the violence and discrimination that they have experienced.

“When I found out I was infected of HIV, I mostly had psychological trauma, but after talking to someone from Isange, my heart was finally at peace.”

says a victim of Gender-Based Violence (GBV) who sought refuge at the One Stop Centre.

Through the support of the Kingdom of the Netherlands, 23 Isange Centers were established across the country in 2014-2016. This number has now increased to 44 operational IOSCs with support from the World Bank, ensuring that each district hospital is equipped with a multi-dimensional response to GBV. Between 2015 and 2018, it was reported that over 49,000 victims of GBV were assisted through the various IOSCs in the country.

“It is really an extraordinary model because there are no other examples elsewhere in the world where there is such an approach that brings all elements of GBV and the fight against GBV together. This is a very good approach, and it is working very well in Rwanda.” 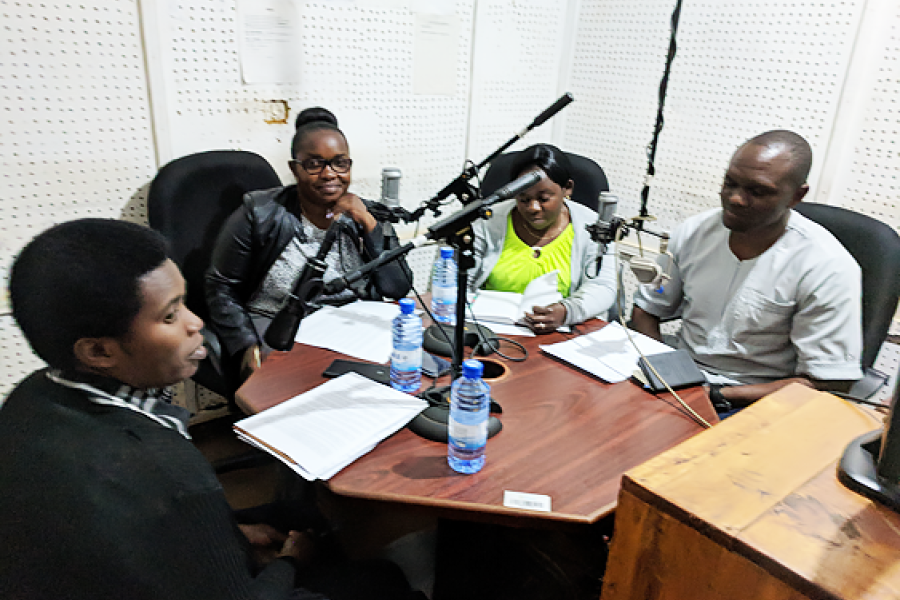 Beyond the establishment of the IOSCs to respond to GBV, the partnership between the ONE UN and the Kingdom of The Netherlands seeks to foster the prevention and elimination of violence against women. The Netherlands was the first development partner to support   the newly adopted UN Development Assistance Plan 2018-2023 and the one UN Sustainable Development Fund.

Reaching over 1.2 million citizens through widespread messaging on GBV through community media platforms, the programme tackles the root causes of GBV, which remain prevalent in society and are often practiced and condoned in rural communities that remain difficult to reach. The strengthening of security systems and law enforcers to put in place mechanisms that hinder the occurrence of GBV remains a fundamental component of the programme. Through training and workshops, over 500 legal advocates and security officers from various organs have been trained to better understand the dynamics and forms of GBV, and be more effective in their efforts to prevent and provide a multidimensional response to potential cases. 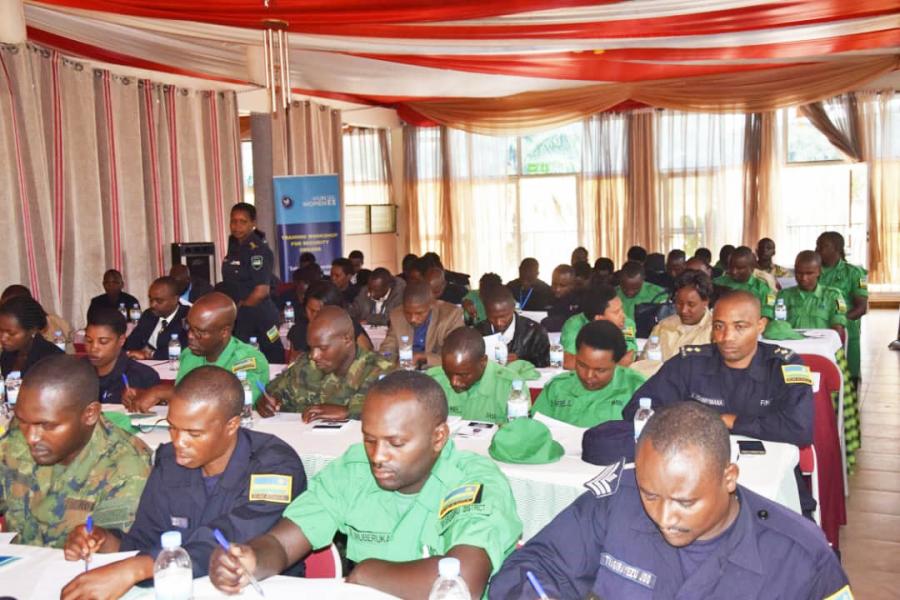 From addressing the root causes of gender based violence, to providing a holistic support to victims and ensuring that perpetrators are prosecuted, the programme offers a comprehensive response to the scourge of gender-based violence in Rwanda which still affects 37% of households.

“Every sector has its role to play and efforts need to be intensified to eradicate violence against women and girls. I am happy to see that Africa’s security organs are at the front line of the battle against gender based violence because it is unacceptable that one in every three women around the world has been beaten, sexually assaulted or abused.” - H.E. President Paul Kagame, on July 11, 2013 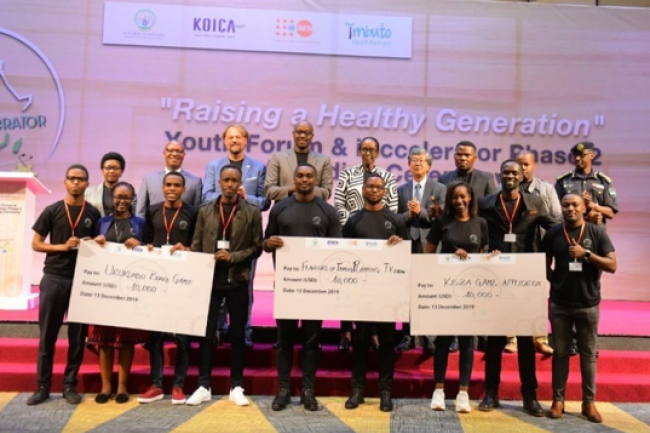 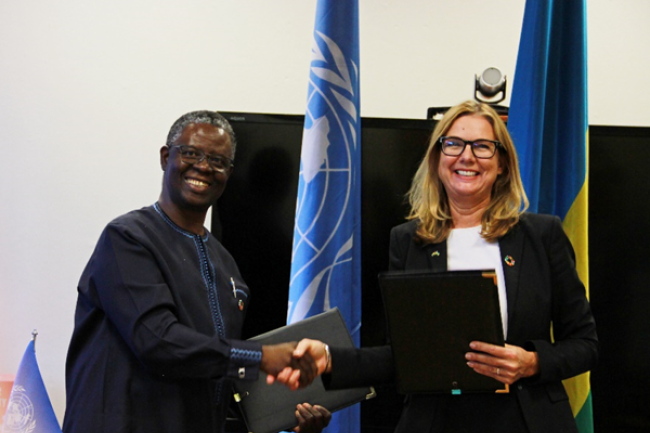 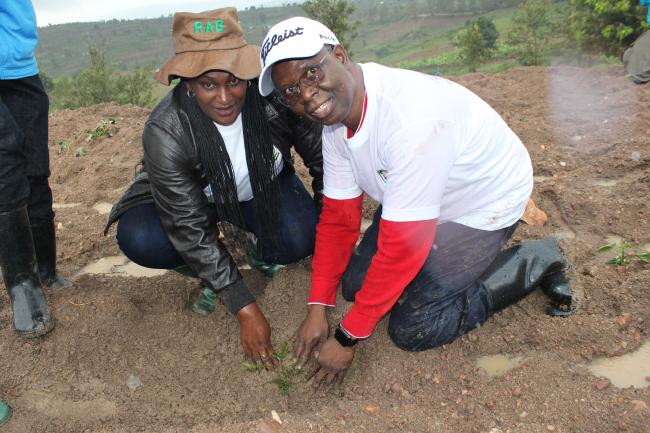 Each year on October 24, the founding of the United Nations (UN) is celebrated to commemorate the UN Charter’s entry into force since 1945.