From tragedy to hope: Landslide survivors in Karongi District

For the people of Rwankuba in Karongi District, May 6, 2018, was the day their world almost ended.

A mountain gave way after intense rainfall and destroyed everything in its path. Eighteen people were killed, and at least 12 others were injured.

With funding from UNDP Rwanda, the Rwandan ministry in charge of emergency management (MINEMA) provided 222 affected households with RWF 100,000 each, to support their ability to build back better.

Three and a half years later, their recovery is on solid ground, as the families have found productive ways to invest the funds and rebuild.

Nyampeta Appolinaire, his wife Nyirayeze Domitille, and their granddaughter Muhayimana Jeanette were asleep together when Nyampeta was startled awake. “I heard the first noise but couldn’t make out what it was,” he recalls.

“In a split second, my legs were trapped under the rocks. The house had fallen on us. I immediately knew that my grandson, who was asleep in another room would not survive.”

Nyampeta was gravely wounded, and he was still in the hospital when his grandson was buried.

The family lost everything except for a hoe and two goats. For several months, they lived at a neighbors’ house. But with the support of UNDP and MINEMA, they slowly built a new house and began raising pigs for sale at a nearby livestock market. They plan to grow maize and beans where their house once stood. 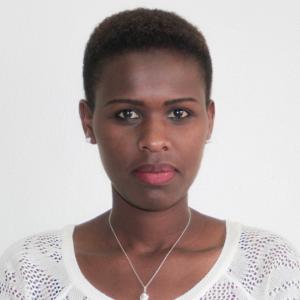